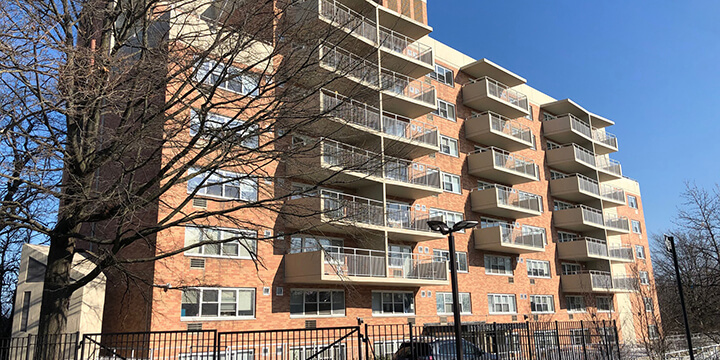 Fort Schuyler House is a former Mitchell-Lama Housing Program development in the Bronx that underwent a significant rehabilitation to preserve the 139 units of existing affordable housing for seniors. The building was originally constructed in 1973 and the renovations addressed the necessary capital repairs while also beautifying and updating unit interiors and common areas. The 139 studio, one- and two-bedroom units are affordable to households with annual incomes up to 60% of AMI. Fort Schuyler House’s rehabilitation was completed in 2019 and is fully occupied.